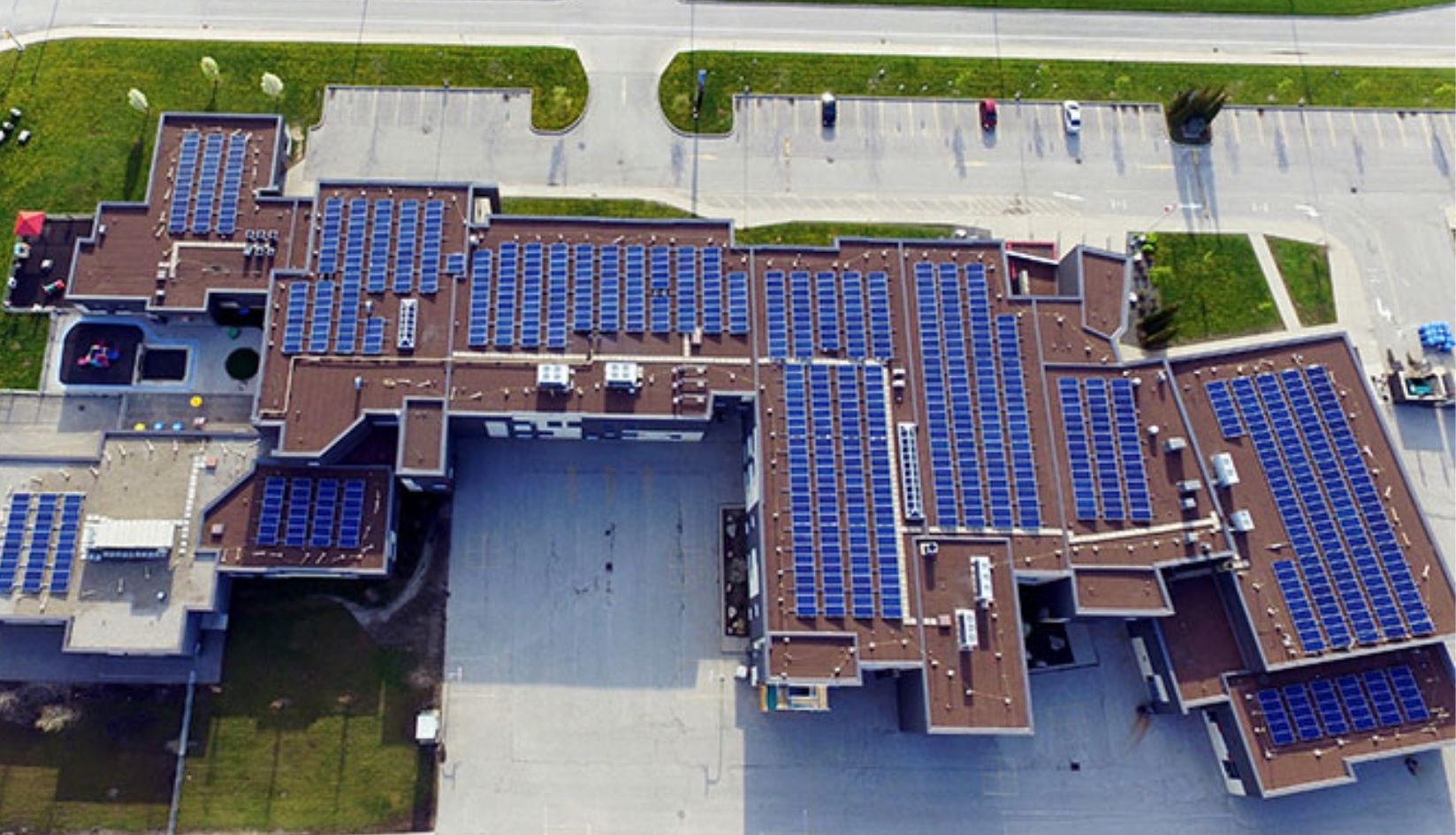 TerraGen worked with the project developer and the building structural engineer to identify the structural reserve capacity in order to proceed with confidence. Multiple tilt angles would be used to accommodate the structural limitations.

TerraGen was contacted by a solar developer facing a structural challenge on a PV project they were looking to install. The issue was that there were many roof sections with varying roof elevations and varying structural reserve capacities. The developer wanted to maximize the PV system capacity, and to achieve their desired kWp, the smaller roof sections had to be utilized. The small roof sections had fewer modules able to share uplift resistance, therefore needing a greater amount of ballast.

To utilize the smaller roof sections, a creative design was required. The design needed to maximize the PV capacity, while maintaining the array distributed loads within the identified structural limitations.

TerraGen worked with the developer and structural engineer to identify the structural reserve capacity on each of the roof sections. Once the limitations were understood, TerraGen was able to reconfigure the layout by utilizing the TGR flat roof system. The flexibility of TerraGen’s TGR flat roof mounting system enabled the developer to change the design to accommodate the building restrictions.

The best way forward was to maintain the same module F-F dimension throughout the whole site, but to use varying tilt angles on the small roof sections. By reducing the tilt angles to 5 degrees on the challenged roofs, but maintaining the 10 deg F-F dimension, the distributed load was significantly reduced and within the structural restrictions.

A collection of Blogs, Case Studies and Technical Briefs

Are you ready for a better, more productive business?

Stop worrying about technology problems. Focus on your business.
Let us provide the support you deserve.

Have a specific question? Contact us by clicking below.